Eighth Edition : Making of Guang 光 – a story of perseverance and never giving up (Read More) 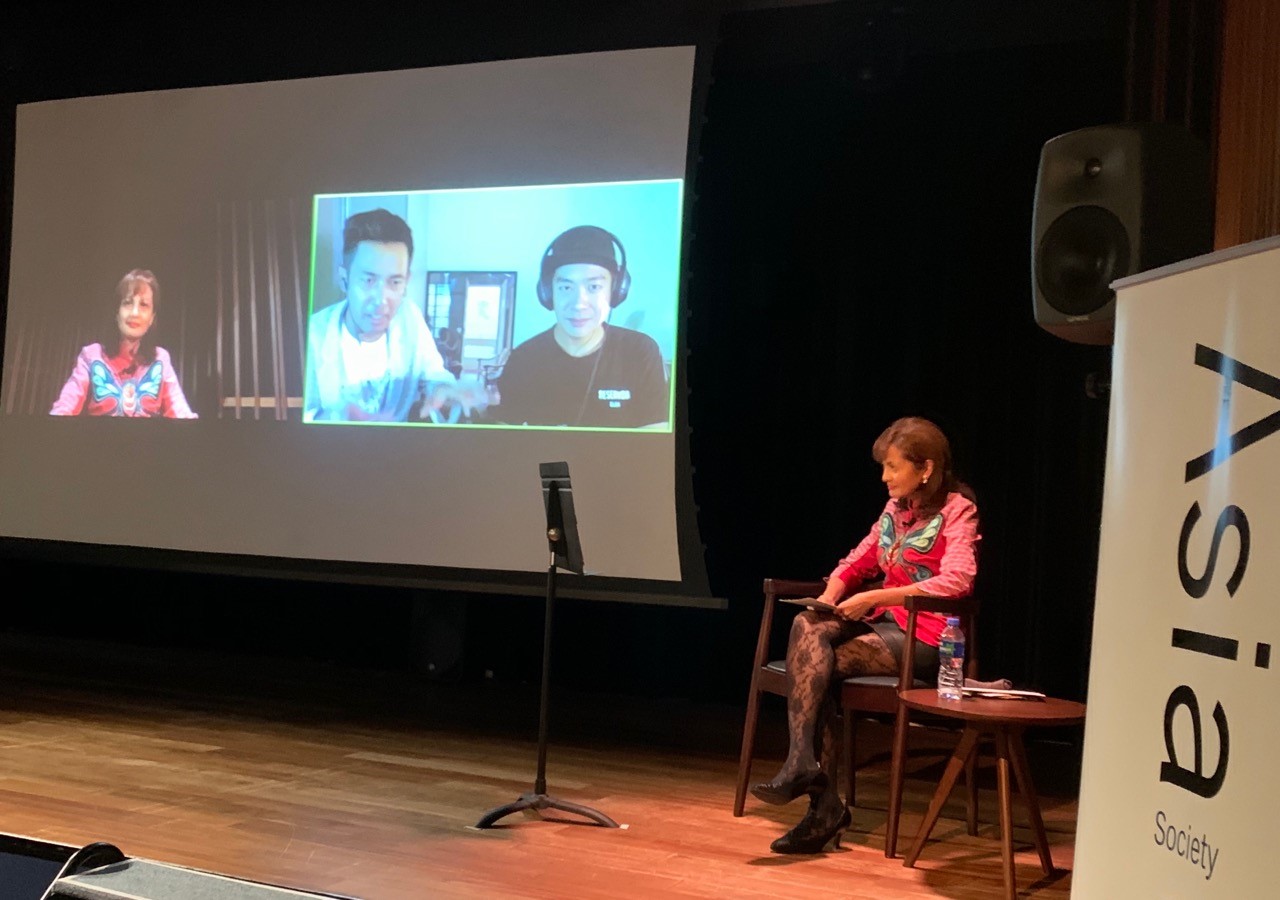 On October 9th and 10th 2020, MAYCHAM in partnership with Asia Society Hong Kong screened the film Guang光 at the Miller Theater ASHK.   The screenings were sponsored by the Michael & Saniza Collection and Dato’ Seri Cheah Cheng Hye.

The film starts with the iconic introduction lines of Wen Guang: "Hello! My name is Wen Guang. I am 27 years old. I am kind, friendly and helpful. I may seem a little odd sometimes. But I hope you understand. I am autistic."  While Guang appears to be a film about autism, it really goes beyond that to embrace stories about humanity, compassion and understanding. Guang tells the story of two brothers growing up together. The mother passed away when they were small. And on her dying bed, she asked the younger brother to take care of his older brother.  The narrative is based on the Director’s autistic brother who has a special musical talent in identifying the ‘perfect pitch.’ Incidentally, he also holds a Ph.D and is an assistant mathematics professor at USCI Universtiy in Malaysia. The insights into autism are borrowed from real life experiences and this makes Guang real and relatable. An emotionally charged story with bursts of fury, the film left not a single dry eye in the audience.

A proud moment for Malaysia, Guang is truly Malaysian. Shot in Pudu and Rasa, the film is made in Malaysia. Guang’s crew, actors, and post-production team are all Malaysian. Guang’s theme song was written and performed by Director Quek’s sister.  Predominantly played in Mandarin, the film interweaves some Cantonese and a smatter of Malay in the acting. As a testimony of Malaysia’s potential in the film industry, Guang won a number of awards in international competitions. Some of its accolades include Best Feature Film at 2018 Asia Pacific Film Festival held in Macau, Kumamoto City Prize at Fukuoka International Film Festival 2018, Best New Director and Best New Actor at 13th Chinese Youth Generation Film Forum 2018 and four awards including, Best Cinematography, at Festival Filem Malaysia 2019.

Now let’s go behind the scenes and see the backstory of how Guang came about.

Ismail and Quek are as different as chalk and cheese. They are a few years apart, culturally different and one graduated from university while the other dropped out (like Mark Zuckerberg). But in my various Zoom calls with them, they came across as an old married couple, finishing each other’s sentences.  Ismail says, “we both believe that our combination and mutual respect for each other’s background was one of the main reasons that led to a good creative output.”

Born in Bangsar, Ismail is the youngest of 4 siblings. A film producer and director, he is celebrated for his PETRONAS advertisements, which are recognised for its touching narratives. Proof that the world is small, I found out that my law school classmate was his eldest sister and that is how we were introduced.

Hailing from Batu Pahat, a small town in the west coast of Johor, Quek graduated from University Tunku Abdul Rahman with a major in broadcasting. He is famed for The Ghost Bride, the first Malaysian Netflix TV original series.

In 2009, Ismail was a founding partner at Reservoir Production when he saw Quek’s final year university project. Impressed with Quek’s work, Ismail hired Quek to join. Fast-forward two years later, they decided to make a short film. Guang started as a 15-minute short film, which won the 2011 BMW short film award. The short film subsequently expanded into an 88-minute film, which was released in Malaysia on 28th November 2018.

As newbies to film making, the duo found it hard to raise funds. They admitted that when they were peddling the script around, and pitching to studios, they felt the vibe from reluctant studio executives who saw them as inexperienced. “Even at the pitching stage, they were already telling us that our story could not work without some heavy tweaking. In order to make it the way we intended it, we had to self-finance. With some help from a partial reimbursement grant we got from MDEC (Malaysia Digital Economy Corporation), we freed ourselves and were able to make the film as how we wanted it. Without thinking about what the studio executives or even what the audience wanted.” This was how they kept the narrative pure and the cinematography true to their vision.

In preparation for our Zoom discussions, the duo shared they took 5 years to shoot their film.  And “after a year of editing we realised we needed to fix and add some scenes to make the story work.” To self-fund the project, they had to make commercials and save more money for a reshoot in 2017.  A story of perseverance and never giving up or settling, Ismail and Quek risked the company’s financial viability to shoot Guang on their own terms. Their hard work ultimately paid off, as Guang is now a critically acclaimed film.

When asked if they would you do it all over again?  Ismail gave an unequivocal, “YES!” but he goes on to admit he would have done some things differently. “The mistakes and missteps we made were our own. Therefore the learning experience was whole.”

Asked about their motivation for making this film, the duo reflected, “we never intended to make Guang for recognition or to win international awards, what mattered most to us was that our fellow Malaysians get to watch and appreciate it. We wanted to be jaguh kampong. Many details in the film are very nuanced, very Malaysian. Yes, any good film is universal, and anyone can appreciate it.”

And after the screening in Hong Kong, the duo shared with me that, “having the film play in Asia Society Hong Kong, in the middle of a raging pandemic, having Malaysians, and people in Hong Kong, appreciate and love the film is amazing. We could feel it through the Q&A that the questions asked had depth unlike the usual press questions we get asked. We could feel how proud some of the audience was of us to have made this film and how much it meant to them, and that is simply priceless. It has reinvigorated our spirit (that admittedly is a little dampened) to make more films, and tell more stories so that we could experience such moments as that screening night again. From the bottom of our hearts: Thank You.”

Guang was released in Hong Kong, Singapore and Taiwan. In November 2020, Guang opened in China receiving MYR1 million in box office revenue on its first day of screening.

I look forward to Ismail and Quek’s next film. On behalf of MAYCHAM, I wish Ismail and Quek well in their careers! And to all our lovely readers, please stay tuned for my next column.

Sehingga kita jumpa lagi over a cup of Teh Tarik.

For the full discussion with Ismail and Quek, please click on following link